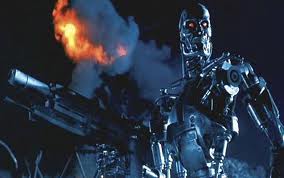 We may be pulling people out of war zones, but our dependence on robotic weapons systems is growing rapidly, with sales of drone related technology rising significantly over the last decade, and especially in the last year. According to the CEO of AeroVironment, a government contracted drone manufacturer, sales “actually increased as troops were drawn down from Iraq, supporting our notion that a drawdown is not necessarily unfavorable to our business.”

A Congressional report obtained by Wired Danger Room says that unmanned surveillance and strike technology in use by the military has been growing exponentially over just the last several years:

Remember when the military actually put human beings in the cockpits of its planes? They still do, but in far fewer numbers. According to a new congressional report acquired by Danger Room, drones now account for 31 percent of all military aircraft.

To be fair, lots of those drones are tiny flying spies, like the Army’s Raven, that could never accommodate even the most diminutive pilot. (Specifically, the Army has 5,346 Ravens, making it the most numerous military drone by far.) But in 2005, only five percent of military aircraft were robots, a report by the Congressional Research Service notes. Barely seven years later, the military has 7,494 drones. Total number of old school, manned aircraft: 10,767 planes.

A small sliver of those nearly 7,500 drones gets all of the attention. The military owns 161 Predators – the iconic flying strike drone used over Pakistan, Yemen and elsewhere – and Reapers, the Predator’s bigger, better-armed brother.

But even as the military’s bought a ton of drones in the past few years, the Pentagon spends much, much more money on planes with people in them. Manned aircraft still get 92 percent of the Pentagon’s aircraft procurement money. Still, since 2001, the military has spent $26 billion on drones, the report – our Document of the Day – finds.