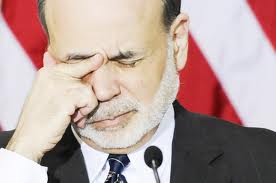 (Reuters) - The Federal Reserve could take the historic step this week of announcing an explicit target for inflation, a move that would fulfill a multi-year quest of the central bank's chairman, Ben Bernanke.

An inflation target would be the capstone of Bernanke's crusade to improve the Fed's communications, an initiative aimed at making the central bank more effective at controlling growth and inflation. It would, at long last, bring the Fed into line with a policy framework used by most other major central banks.

Bernanke has made clearer communications a hallmark of his leadership, and bit by bit, he has worked to cast light on what for years had been purposefully opaque and secretive deliberations.

He has even given the campaign a personal stamp, contrasting his plainspoken and unaffected persona with that of his predecessor, Alan Greenspan, whose ruminations were notoriously oblique and who was associated with an aloof cadre of policy mandarins.