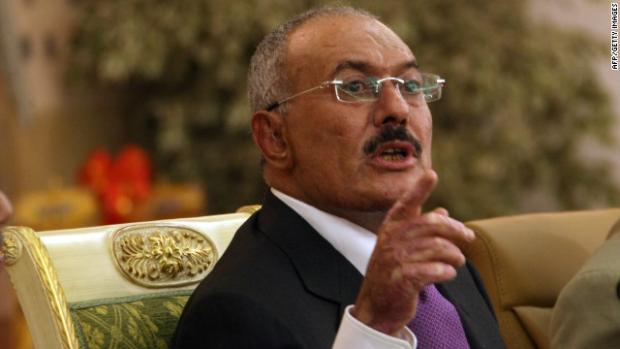 Sanaa, Yemen (CNN) -- Yemen's embattled president was on his way to the United States for medical treatment Monday, officials said.

President Ali Abdullah Saleh left Yemen on Sunday and stopped in Oman before continuing Monday on a trip to the United States, Yemeni government sources said.

The purpose of Saleh's U.S. trip is a "private medical visit," the Yemeni Embassy in Washington said in a statement Sunday.

"The president will travel back to Yemen in February to attend the swearing-in ceremony of the newly elected president," the statement said.

Saleh was wounded in a June bomb attack on his presidential palace.

His request to travel to the United States has been approved, the U.S. State Department said Sunday.

"As we have indicated, the sole purpose of this travel is for medical treatment and we expect that he will stay for a limited time that corresponds to the duration of this treatment," the department said in a statement.