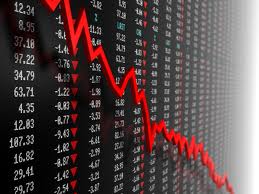 Financial calamity can take many different forms.  The Brazilian saga of hyperinflation / depression / recovery from the 1980s leading to one of today’s most robust economies is a classic tale of overcoming adversity.  Argentina’s economic collapse in 2000-2001 followed by hyperinflation in 2002, debt repudiation and seizing foreign deposits is another story with a solid recovery afterwards.  The disastrous 20-year Japanese experiment with deflation and negative growth is at the other end of the spectrum.
Which will the US experience first?  And, how quickly will we feel the scorching fire of hyperinflation or the freezing blast of deflation?
The short answer is that today we should be preparing for a recession in the near future with actual deflation in certain sectors.  We also need to anticipate the possibility of a deflationary spiral into the “Great Correction.”

As the economy struggles through the next recession, we need to be alert for signals that the Federal Reserve has screwed up and overshot its goal of controlling deflation.  A big miss with too much monetary expansion and the US economy could lurch into hyperinflation with very little warning.
In JWR's novel Patriots, our heroes experience an occupation force of primarily European UN troops.  Today, that seems unlikely but only because the European countries are determined to make a bigger mess of their economies even more quickly than the US.  After all, politicians in Europe have over-promised for even longer than politicians in the US.  The cost of providing the European welfare state has proven far more expensive than forecast, and the bill is now past due.

Oil at the Crossroads: Belief or Reality?

Why Is Walmart Laying Off So Many Workers?