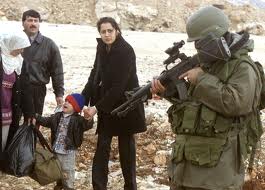 This has probably been more or less true of every country since the advent of democracy. Yet in Israel, this seems even truer. (Ironically, it could almost be said that the United States has no foreign policy, only an Israeli domestic policy.)

In order to understand our foreign policy, we have to look in the mirror. Who are we? What is our society like?

In a classical sketch, well known to every veteran Israeli, two Arabs stand on the sea shore, looking at a boat full of Russian Jewish pioneers rowing toward them. “May your house be destroyed!” they curse.

Next, the same two figures, this time Russian Jewish pioneers, stand on the same spot, launching Russian curses at a boat full of Yemenite immigrants.