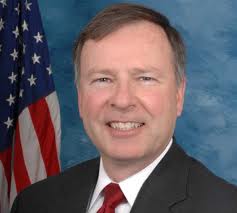 In a tersely worded statement released by his office, Lamborn said he decided instead “to pass” on attending the speech on Tuesday night, though he will watch it on television and participate in a live chat hosted by Heritage Action for America.

“Congressman Lamborn does not support the policies of Barack Obama,” the statement said.

A spokeswoman said Lamborn was about to board a flight and was not immediately available to elaborate. But his office has already prepared a further explanation for constituents if they want to know more about his decision.

That explanation states that Lamborn, who was first elected to represent Colorado’s 5th Congressional District in 2006, has never skipped a State of the Union before. But it said he believes this year “the president is in full campaign mode and will use the address as an opportunity to bash his political opponents.”

It also said that, as far as Lamborn knows, he is the only House Republican deciding to do this and that  he did not make the decision in cooperation with any House GOP colleagues.

This Is A Disgrace