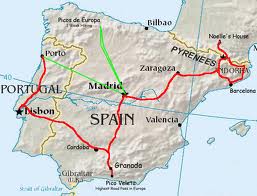 LISBON, Portugal (AP) The prime ministers of Spain and Portugal said Tuesday they want next week's European Union summit to adopt measures that will help shield them against contagion from Greece's debt crisis.

The Iberian peninsula neighbors are both going through hard economic times, leaving them vulnerable to market jitters as Athens fights to avoid a default that would have repercussions across the entire 17-nation eurozone and beyond.

The leaders said they are both in favor of a new EU treaty that would introduce stricter laws against overspending and want it swiftly enacted. EU leaders are meeting in Brussels Monday to discuss the draft of that treaty.

Overshadowing the summit is Greece's ongoing effort to clinch a deal with its private creditors about the terms of a bond swap, especially the interest rates it carries.

"We need a quick decision on Greece," Rajoy told a news conference with Passos Coelho. "It's something we have to do as soon as possible so we can all start getting back to normal."

They just want Greece to hurry up and get the check because they are impatiently waiting immediately behind Greece in line.  They are eager to see what the payout is.

Europe Needs Nord Stream 2 More Than It Likes To Admit

Does the European Union need its own army? Afghanistan withdrawal revives an old debate.