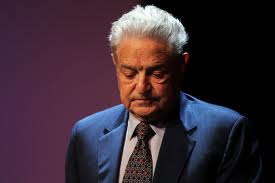 You know George Soros. He’s the investor’s investor—the man who still holds the record for making more money in a single day’s trading than anyone. He pocketed $1 billion betting against the British pound on “Black Wednesday” in 1992, when sterling lost 20 percent of its value in less than 24 hours and crashed out of the European exchange-rate mechanism. No wonder Brits call him, with a mix of awe and annoyance, “the man who broke the Bank of England.”

Soros doesn’t make small bets on anything. Beyond the markets, he has plowed billions of dollars of his own money into promoting political freedom in Eastern Europe and other causes. He bet against the Bush White House, becoming a hate magnet for the right that persists to this day. So, as Soros and the world’s movers once again converge on Davos, Switzerland, for the World Economic Forum this week, what is one of the world’s highest-stakes economic gamblers betting on now?

He’s not. For the first time in his 60-year career, Soros, now 81, admits he is not sure what to do. “It’s very hard to know how you can be right, given the damage that was done during the boom years,” Soros says. He won’t discuss his portfolio, lest anyone think he’s talking things down to make a buck. But people who know him well say he advocates making long-term stock picks with solid companies, avoiding gold—“the ultimate bubble”—and, mainly, holding cash.