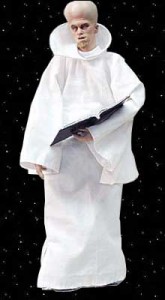 The corruption trial of Pennsylvania's longest-serving state lawmaker, H. William DeWeese, opened on Monday with prosecutors describing him as "a common thief with uncommon access to other people's money."

DeWeese, 61, a former speaker of the state House of Representatives and a Democrat from rural Greene County, faces multiple charges including criminal conspiracy, conflict of interest and theft. His trial could last two weeks.