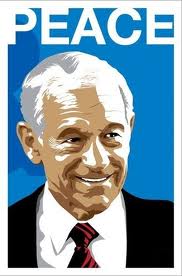 On Tuesday, Jan. 31, voters will flock to the polls to distribute Florida's 50 delegates among the four contenders left in the Republican presidential primary. If you plan to vote in the primary, the Editorial Board of the Alligator encourages you to place your vote for Rep. Ron Paul, R-Texas.

Paul is an unconventional candidate who does not fit the standard Republican mold — and that's why we like him. Unlike his 2008 bid for the White House, his campaign has been on the offensive. Rather than going after his competitors over non-issues like extramarital affairs, he has been attacking the other candidates for their inconsistency and lack of commitment to serious ideas.

Paul puts winning the nomination second to the proliferation of his ideas - ideas that would never even have been discussed by the media four years ago. Who would ever think that a top contender for the White House would be talking about ending the Federal Reserve or the war on drugs?

His ideas are why we believe he is an attractive candidate to college students of all political persuasions. Unlike the other Republican candidates, Paul believes in a non-interventionist foreign policy. It was surprising to see him booed the other night in the South Carolina debate when he said we should take a "Golden Rule" approach to our foreign affairs.

It's not anti-American, as other candidates have claimed, to evaluate our foreign policy and its influence on the way people behave in the Middle East. Looking at cause and effect and critical thinking should be appreciated by anyone pursuing a college degree.

Paul is the only candidate for president, including President Barack Obama, who has questioned the effectiveness of the war on drugs. While some have painted Paul as an advocate for drug use, his opposition comes from two main factors. First, he believes the government does not have the right to tell us what we can and cannot put into our own bodies. Second, he believes drug prohibition has perpetuated the spread of drugs and the crime associated with it, similar to the prohibition of the 1920s. It is not "soft on crime" to look at the causes of many criminal actions.