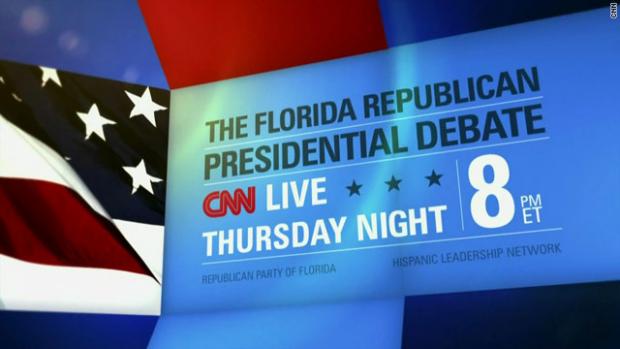 Just days before Florida Republicans go to the polls to choose their nominee, the GOP presidential hopefuls will meet for a final debate hosted by CNN, the Republican Party of Florida and the Hispanic Leadership Network. CNN lead political anchor Wolf Blitzer will moderate the two-hour presidential debate which will take place at the University of North Florida in Jacksonville on Thursday, January 26 at 8 p.m. ET.