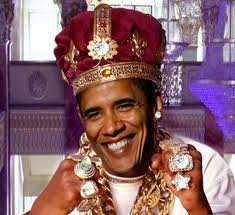 President Obama will ignore an order by an Atlanta judge to appear in court Thursday for a hearing in a case challenging his qualifications under the Constitution to be president.

According to the White House, Obama will continue with his current trip out West, starting the day in Las Vegas and then continuing on to Buckley Air Force Base in Aurora, Colorado before heading to Detroit where he will spend the night.

The Associated Press reported last week that the judge had denied a motion to quash a subpoena for the president to show up for the hearing, which is scheduled for 9 am ET. Obama may still be sleeping – it will only be 6 am in Las Vegas.

The Atlanta lawsuit would deny Obama the right to participate in the March 6 Georgia Democratic primary, though backers of the suit clearly hope to establish a precedent that would help make a national issue over whether Obama can serve as president.