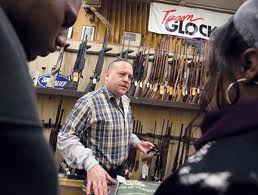 CHICAGO (CBS) – Significantly more Chicagoans are arming themselves with guns.

As WBBM Newsradio’s Regine Schlesinger reports, over the past two years, the city has seen a 16 percent spike in the number of people holding state Firearm Owner’s Identification Cards.

Illinois residents must possess a FOID card to buy guns in the state.

The uptick in FOID cards follows the City Council’s approval of a July 2010 ordinance lifting a 28-year-old ban on handguns in Chicago. That followed the U.S. Supreme Court ruling in the McDonald v. Chicago case, which rendered the law unenforceable.