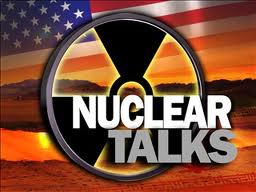 Even so, he insisted that the pressures will not force Iran to give up its demands, including to continue enriching uranium, that led to the collapse of dialogue last year.

The United States and its allies want Iran to halt making nuclear fuel, which they worry could eventually lead to weapons-grade material and the production of nuclear weapons.

The 27-member European Union imposed an oil embargo against Iran on Monday, part of sanctions to pressure Tehran into resuming talks on the country's nuclear program. It follows U.S. action also aimed at limiting Iran's ability to sell oil, which accounts for 80 percent of its foreign revenue.