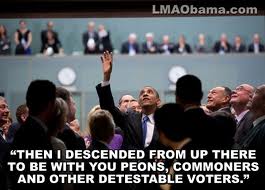 After hearing evidence with neither President Barack Obama nor his lawyers in attendance, a state administrative law judge on Thursday did not issue a ruling as to whether Obama can be allowed on the state ballot in November.

Lawyers for area residents mounting "birther" challenges told Deputy Chief Judge Michael Malihi that Obama should be found in contempt of court for not appearing when under subpoena to do so. But Malihi did not indicate he would recommend that and cut off one lawyer when he criticized Obama for not attending the hearing.

"I'm not interested in commentary on that, counselor," Malihi quickly replied.

Late Wednesday, Obama's lawyer, Michael Jablonski, wrote Secretary of State Brian Kemp, asking him to suspend the hearing. "It is well established that there is no legitimate issue here -- a conclusion validated time and again by courts around the country," Jablonski wrote.