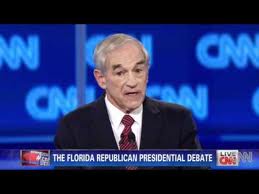 Ron Paul took a risky position in Florida in Thursday’s debate, calling for communication and diplomatic relations with Cuba, saying that people's positions have changed dramatically over the last few years.

Paul said that Cuba isn’t going to invade the U.S. any time soon, and that Americans weren’t looking under their beds anymore, worried. Mitt Romney and Newt Gingrich followed by pledging to continue the economic embargo on Cuba and to take any action short of military invasion to upend the government of Raul Castro.

Paul’s position is a potentially dangerous one in Florida, a state with a influential voting bloc of conservative Republicans from Cuba who have long favored aggressive policies toward Havana.

But a study of Cuban American voters in Florida suggests that Paul might be right, and that voters' opinions about Cuba are changing. Support for tightening the embargo dropped by roughly half between 2004 and 2008, according to a study by Benjamin Bishin, a UC Riverside professor.

Good for him! About forty years late, I'd say.

One should wonder what it is about Mr. Paul that prevents him from being a limp, arrogant punk, like the simpletons who have prevented diplomatic relations with Cuba for mosf of my life.

It's a shame that he won't be making policy, anytime in the near future.