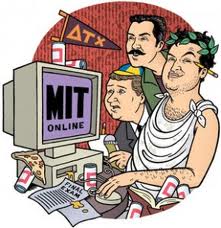 Just before Christmas the Massachusetts Institute of Technology (MIT) announced a small improvement to its 2,100 free online courses: The free online service will now grant, for a modest affordable fee, credentials for those online students who gain mastery of the subject. Instead of calling it MIT 2.0, they named it MITx, and it is likely to challenge and change the higher education paradigm and the cartel that runs it.

Tamar Lewin, writing in the New York Times, said that MIT will allow “anyone anywhere to take MIT courses online free of charge — and for the first time earn official certificates for demonstrating mastery of the subjects taught.” This augments MIT’s decision 10 years ago to offer all of its 2,100 courses online for free, courses that have been accessed by more than 100 million students worldwide since then. The upgrade will now allow those students to participate in online laboratories, self-assessments, and interaction not only with students taking the same class on campus at Cambridge, Massachusetts, but those enrolled online as well.

There is no charge to take the courses online, but to obtain a credential that proves mastery will cost something. Harvard provost Rafael Reif said:

I think for someone to feel they’re earning something, they ought to pay something, but the point is to make it extremely affordable. The most important thing is that it’ll be a certificate that will clearly state that a body sanctioned by M.I.T. says you have gained mastery.

The impact of that credential from MIT will be huge. Richard DeMillo at Georgia Institute of Technology, said this is “a very big deal because the traditional higher education reaction to online programs [in the past] was, yeah, but it’s not a credential. So I think MIT’s offering a credential [is] quite a splash. If I were still in industry and someone came in with an MITx credential, I’d take it.”