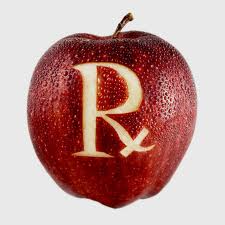 We must also pay attention to acute and systemic inflammation when discussing the desirability of an "anti-inflammatory" food. Eating a big meal tends to raise inflammatory markers in the short term. If you're overeating every single meal, this is problematic; the acute will become the norm – the chronic. If you're eating big after a massive workout session, or because you're celebrating at an amazing restaurant with your dearest friends, or because you're coming off a twenty-four hour IF, it's fine. Context.

Eating high glycemic foods, namely refined carbohydrates that digest quickly and represent a big, instantly-available caloric load, tends to raise inflammatory markers in the short term. Again, if you're pounding bags of chips or white bread while sitting on the couch and the only walking you've done all day is to the pantry, those high glycemic foods will be inflammatory (to say nothing of the antinutrients in the bread or the rancid vegetable oil in the chips). And if you do the same thing on a regular basis, they will induce systemic inflammation – or at least continuous acute spikes that mimic systemic inflammation. If you're eating a fast-digesting, high-glycemic white potato after your glycogen-depleting sprint workout, you will refill your insulin-sensitive muscles and the subsequent inflammatory spike will be either nonexistent or nothing to worry about. Competitive athletes probably thrive on high glycemic foods, couch potatoes develop metabolic syndrome eating the same things. Context.