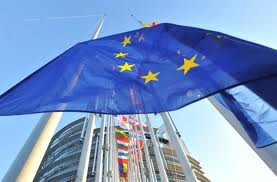 Slovenia: AA- to A

It affirmed Ireland's BBB+ rating with a negative outlook.

Borrowing costs have been sinking for these countries lately–particularly for Italy and Spain—after the European Central Bank announced liquidity support measures in early December that have lessened mounting worries about the health of the banking system.

While Fitch says that it supports EU leaders' actions to address the crisis so far, a lot more has to happen before these countries are out of trouble:

In Fitch's opinion, the eurozone crisis will only be resolved as and when there is broad economic recovery. It is evident that further substantial reforms of the governance of the eurozone will be required to secure economic and financial stability, including greater fiscal integration.

In particular, Fitch suggested that large-scale purchases of sovereign bonds by domestic banks after the European Central Bank conducted its first LTRO in December has not helped matters in the long-run:

Rising "home bias" in the allocation of capital, the divergence in monetary and credit conditions across the eurozone, and near-term economic outlook highlight the greater vulnerability to monetary as well as financing shocks faced by these sovereign governments.