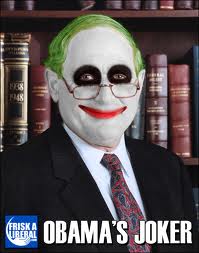 After my recent column on “Ten Reasons The U.S. Is No Longer The Land Of The Free,” I ran a response to claims made by Senator Carl Levin (D., Mich.) who was the main sponsor of the legislation including the indefinite detention provisions. Levin has now run a letter to the editor in response to my column that I believe is highly misleading and leaves readers with a false impression of both the law and my column.

Here is letter by Sen. Levin this morning:

In his Jan. 15 Outlook commentary, “Ten reasons we’re no longer the land of the free,” Jonathan Turley mischaracterized a provision of the National Defense Authorization Act for 2012 that reaffirms the authority of the military to detain individuals who join al-Qaeda, the Taliban and associated forces, and who attack the United States.

Mr. Turley disputed the Obama administration, which said that, with regard to U.S. citizens who fall in that category, “this provision only codified existing law,” i.e., it does not add new law to that issue. But Mr. Turley omitted the language in the act itself, which expressly states that “nothing in this section shall be construed to affect existing law or authorities relating to the detention of United States citizens, lawful resident aliens of the United States, or any other persons who are captured or arrested in the United States.”