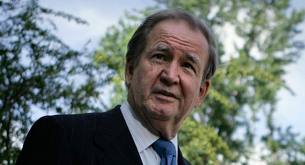 Over the last week, several people that worked in the Reagan administration have come forward and countered former House Speaker Newt Gingrich’s claim that he is a “Reagan Republican.” These people say Gingrich “wasn’t on board with a lot of what President Ronald Reagan tried to accomplish during his two terms.”

And although that claim has been disputed by other Reagan administration officials, former Reagan communications director Pat Buchanan told “The McLaughlin Group” this weekend that Gingrich wasn’t seen favorably by those in the administration.

“[I]n the Reagan White House, Newt Gingrich was considered quite frankly by a lot of folks to be something of a political opportunist and who was not trusted and who had played no role whatsoever,” Buchanan said. “He was a Rockefeller Republican in the great Goldwater-Rockefeller battle, where conservatism came of age.”

Buchanan also theorized that Gingrich stumbled in two debates this week because he was caught off guard by all these people who turned on him.

“I do think this, though. Newt has been pounded merciously,” Buchanan said. “He had people he worked with basically turn on him and dump on him down there in Florida, which somehow I think may have had some role in the fact that the great fighter and battler of South Carolina had no fight in him whatsoever in the Monday and Thursday debates in Florida.’