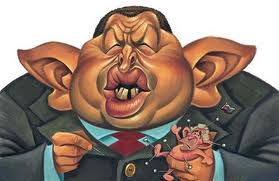 CARACAS, Venezuela (AP) -- Venezuelan President Hugo Chavez warned private banks on Sunday that he will consider nationalizing any that refuse to finance agricultural projects promoted by his government.

Banks are required by law in Venezuela to provide at least 10 percent of their lending to finance government development projects.

Chavez charged that the rules aren't being followed by some of Venezuela's biggest private banks - Banesco, Banco Mercantil and Banco Provincial, which is controlled by Spain's Banco Bilbao Vizcaya Argentaria.