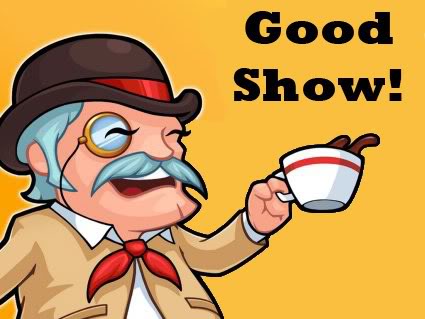 For the Brits, communists were merely the competition. Catholics are the enemy — and so, in its death throes, England tenaciously holds on to her colonies in Catholic countries: Northern Ireland, Gibraltar, and Argentina.

1 Comments in Response to British Balderdash

Great Britain never gave up the American colonies - why would a monarch ever care about any documents written by any of its colonists?  The Declaration of Independence separated us from Great Britain and established our sovereignty.  However, it's quite clear today that the bankers own the U.S. government - and where is the headquarters of the world's banking system - in London.

The federal government has absolutely no jurisdiction over a sovereign American as the Constitution only grants the government jurisdiction over foreign commerce, interstate commerce, and trade with the Indians.  This is because the Constitution is subordinate to the Declaration of Independence which states clearly that “all men are created equal” (and, of course, women).

Rather than go into all the detail here, I will list the Posts from my Blog, “The Social Security Scam”, with a slight description of the information to be found at each link.

The A.T.F. is based upon an unconstitutional Act of Congress approved on March 3, 1791, written by the bankers’ lead man, Alexander Hamilton – the tax on stills and the stills’ distillate which caused the “Whiskey Rebellion”.

During the Reconstruction Period following the Civil War, the 14th Amendment to the Constitution was ratified under the propaganda that it would create equality among the various races.  The real reason was to create the foundation for moving into the jurisdiction of foreign commerce.

The Fed bankrupted the federal government in 1933.  The Code of Federal Regulations (C.F.R.) was written in the mid-1930’ to evidence the underlying jurisdiction of the statutes (laws) of the United States Code (U.S.C.).  Title 11 U.S.C., “Bankruptcy”, is implemented by title 11 C.F.R., “Federal Elections”.

The Fed caused the great stock market crash of 1929 and the Great Depression that followed in the 1930’s.  It then used the media’s propaganda that the federal government would never allow this kind of devastation to happen again by creating Social Security.  But as stated many times, the federal government has no jurisdiction over sovereign Americans as it does not have and cannot have any intrastate jurisdiction.

In 1939 the Internal Revenue Code was written – it incorporates all the original internal revenue laws (based upon the unconstitutional Act of Congress that Alexander Hamilton authored in 1791), the Social Security laws, and the Merchant Marine Act of 1936.

This completes the subjugation of the once sovereign American.