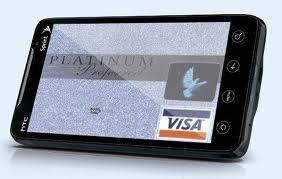 Cash, liquidity, capital... all words that describe the mediary tool of conducting transactions for goods and services in the marketplace, as well as the foundations of business and government funding.  For years, technology has increased in scope almost to the point where electronic transactions could one day replace physical cash in selling and purchases, and additionally, the agenda and policies to force Americans to that new paradigm are currently being discussed.

On January 24th, John Galt FLA of the Shenandoah Blog and of the Voice of Galt on the Just Measures Radio Network, reported that he has been receiving strong news from inside sources that the government is looking very hard into cash controls on citizens in the United States.  Cash controls are a program where people are limited to a certain amount of cash they are allowed to spend per week, month, etc..., and businesses would be the ones to document and turn away those who might spend more than the allotted amount.  This process is already taking place in countries like Greece, who are forcing their citizens to limits on cash transactions.

The emphasis however, is on cash, not credit, debit, or other means of asset usage.  And the rise of the Smartphone is making it very easy to carry a virtual wallet with you, by which cash can nearly become obsolete

The Most Inflation-Resistant Money the World Has Ever Known