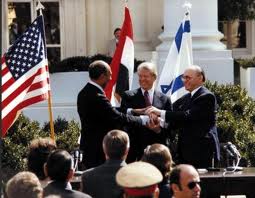 Following their electoral victories in Parliament, Egypt's most organized political group has offered assurances that it would respect the 1979 peace treaty with Israel.

When asked early this month whether Washington believed that the Islamist party would uphold the treaty, State Department spokeswoman Victoria Nuland said that the party "has made commitments to us in this regard.”

Ibrahim said that the current unrest in Syria is a conspiracy and not a revolution, as western media claims. The Egyptian delegation clashed with him over the remarks.

“The Syrians transfer arms to the Palestinian resistance,” he said.