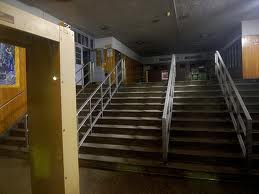 Public education, in its current state, is based on the idea that government is the "parent" best equipped to provide children with the values and wisdom required to grow into intelligent, functional adults. To echo what former first lady Hillary Clinton professed, these public school champions believe "it takes a village" to cultivate a society of competent human beings.

As Hebrew University historian Martin van Crevald points out in his book, The Rise and Decline of the State, nineteenth-century state worshippers who wanted to impose a love of big government ideals upon the youth popularized the archetype for state-directed education. Additionally, there was an overall appetite for discipline of the "unruly" masses that reinforced the campaign to take education out of the hands of individuals. After all, the self-educated masses might resist government decrees, and this kind of disarray would be undesirable in the move toward building a powerful, controlling state apparatus. Prussia's Frederick William I and France's Napoleon discerned this, as did a legion of other despotic rulers throughout the 18th and 19th centuries. In a recent article published on the American Daily Herald "Dumberer and Dumberest," Glenn Horowitz writes:

If you're not familiar with it, the Prussian system was a teaching methodology designed to stamp out good little worker bees assembly-line fashion, trained to be complacent with their station in life and compliant with every demand of the State. An elite of those better educated but still proven unquestioningly loyal to the State were promoted to lead the proletariat, rewarded with elevated status and material success commensurate with their skills and the zeal they demonstrate in supporting the system. It specifically avoided developing creativity and independent thought, reasoning these were skills the worker classes didn't need in their roles as mass produced labor.

Modern education is built upon a foundation set forth by tyrants. What is most disquieting about the public education mindset is that those who believe most strongly in it are convinced that there are no other suitable alternatives to the compulsory schooling provided via the public domain. The egalitarian core belief of these public education proponents is that society is responsible for obtaining, maintaining, and paying for the process of equally developing young minds.