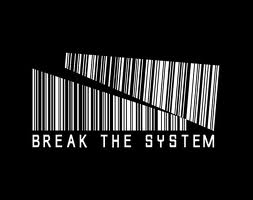 Several months ago, I was visiting some friends in Sydney and was invited to the house of a friend-of-a-friend for some late night drinks and a chat. My host and his friends were left-wing bohemian types and had been informed by my friend that I am a "free-market anarchist," or something like that. They found this notion intriguing, and so they quizzed me on what that means, and this naturally led into a discussion of the merits of a free market versus a democracy.

The discussion was a cordial one, and went as most of these discussions do when one is chatting with people who have never previously been exposed to consistent libertarian philosophy. My host and his friends raised most of the standard objections to the free market and to the idea of a stateless private-law society, and I explained why I regard each of those objections as erroneous.[1] Though the attending group appeared to find my arguments on these individual points thought provoking, they remained unconvinced. The main sticking point to the discussion was a pervasive concern that the free market does not allow for democratic state action – that "the people" should have the right to collectively determine "the rules of the game" by voting their preferred politicians into power, and that their determinations should legitimately bind the members of the society they are in.

The Sanction of the Victims

This discussion would have been fairly routine – much like countless similar discussions I have had on these issues before – except for one interesting peculiarity. As I argued for the virtues of noncoercion as a governing principle for society, and my host and his friends rallied in favor of unlimited democracy, every one of them happened to be concurrently occupying themselves by snorting lines of cocaine through their rolled-up monopoly-issued fiat currency. (They graciously offered me some, but my recreational drug of choice is alcohol, so I declined.) This gave the discussion an interesting tinge that illustrates an important aspect of people's love affair with mob rule: "Does it bother any of you," I asked them, "that under your own preferred political system you're all considered criminals? What you're doing right now is considered a crime, and you could be fined or even go to prison for it."

The answer was no; it didn't bother them. It doesn't really bother anyone who accepts mob rule as a desirable form of social organization. The reason is that democrats never regard existing democracy as their preferred political system – they regard it only as a transitory state to a democratic utopia in which the elected leaders will agree totally with their own values and social-political views. Mises has observed that "the critics of the capitalistic order always seem to believe that the socialistic system of their dreams will do precisely what they think correct."[2] Hence, when people talk about the importance of democracy, it is never democracy as it has ever actually functioned, with the politicians that have actually been elected, and the policies that have actually been implemented. It is always democracy as people imagine it will operate once they succeed in electing "the right people" – by which they mean, people who agree almost completely with their own views, and who are consistent and incorruptible in their implementation of the resulting policies. This is what allows an intelligent group of people to espouse mob rule as a desirable principle, even as they simultaneously commit acts that brand them as criminals worthy of imprisonment under the very social system they maintain.

1 Comments in Response to Worship of the Mob

It is phenomenal that any individual can grow so confused so as to demand something they routinely do be deemed criminal.  Exposes the illogical base by which such values are instilled.

Why am I eating a cow that lived a miserable life and was slaughtered covered in its own feces... why do I need to be licensed to do what I could otherwise do upon my own will and determination... essentially - why do I do ANYTHING at all?  "why am I doing this".

I can imagine the coke infused minds of those in the story viewing the mirror and facing their every action prior... and upon turning from the mirror realizing their great responsibility in each moment.  Its a beautiful thing, and in greatest hope there is a link here between imagination and realization.

I surely take upon my responsibility to grow and spread my understanding of freedom and individuality in every moment - I commit to offering as great future a future as I can understand for those who come after.... and this site is quite useful in this adventure, thank you for it =)