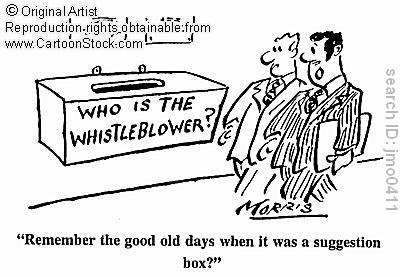 Federal investigators have concluded that supervisors at Dover Air Force Base retaliated against four civilian whistleblowers after they reported missing body parts and other failures at the mortuary that handles America’s war dead.

The Office of Special Counsel, an independent agency that investigates whistleblower complaints, said Tuesday that it has formally asked the Air Force to take harsher disciplinary action against three supervisors at the mortuary. The investigators said supervisors tried to fire two of the whistleblowers and placed others on suspension and indefinite leave.

Her Leaks Exposed Global Financial Corruption. Now She Is In Prison.

U.S Gov Jails ANOTHER Whistleblower - What Have They Got To Hide?