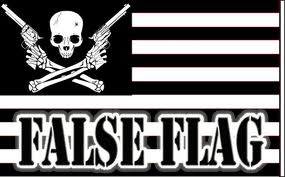 “…it would be far more preferable if the United States could cite an Iranian provocation as justification for the airstrikes before launching them. Clearly, the more outrageous, the more deadly, and the more unprovoked the Iranian action, the better off the United States would be. Of course, it would be very difficult for the United States to goad Iran into such a provocation without the rest of the world recognizing this game, which would then undermine it. (One method that would have some possibility of success would be to ratchet up covert regime change efforts in the hope that Tehran would retaliate overtly, or even semi-overtly, which could then be portrayed as an unprovoked act of Iranian aggression.) ”

-US foreign policy makers in the Fortune 500 funded Brookings Institution’s “Which Path to Persia?” report, pages 84-85.

Considering that the Gulf of Token incident was a deliberate fabrication to escalate the Vietnam War, one many members in Congress are shown to have acknowledged and debated even at the time, or the more recent Iraqi WMD hoax, there is certainly a historical precedence to create such provocations when targeted nations refuse to provide them.

With this in mind, and noting an overt, ongoing series of bold acts of war carried out by the US and Israel inside of Iran, along with sanctions and planned blockades, also acts of war, the corporate-financier oligarchs have been confounded by what seems to be infinite Iranian patience to endure such provocations. US foreign policy makers have noted for years now that Iran in actuality poses no threat to US or Israeli national security and their acquiring of nuclear weapons serves more of a deterrence against future military incursions against the Islamic Republic by the West, than a means to launch unprovoked attacks against nations that each possess nuclear deterrents of apocalyptic scale.