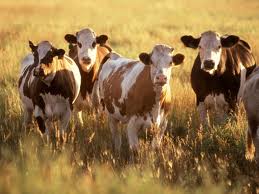 PHILADELPHIA (CBS) -- At Cappuccio’s Meats in the Italian Market, the cuts of beef are cutting into the profits.

“Every week when I talk to my suppliers, I’m amazed by how much it’s going up,” said owner Domenick Crimi.

Beef prices soared more than 10 percent last year according to the Department of Agriculture, and they will likely go up at least another 5 percent this year.

“It bumps up a bit, comes down a tiny bit, then it bounces again, and when it bounces, it goes up another dime, 15, 20 cents,” said Crimi, “and sometimes that’s in a week.”

A drought across Texas and Oklahoma has made food and water scarce for cattle, which has kept herds small. The Department of Agriculture says there are 91 million cattle nationally, the smallest herd since 1952. Add to that the rising cost of feed and rising beef exports, and the price of beef in the states is surging.