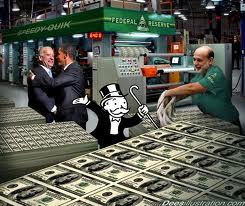 The Federal Reserve’s interest rate price-setting board, the FOMC, met last week. They will continue to set the federal funds rate at well below 1%, and plan to keep it low until the end of 2014. That’s a year and half longer than they planned when they met just last month. Chairman Bernanke says they are keeping interest rates so low for so long because the economic outlook warrants it.

The fallacies in their reasoning would be amusing if they weren’t so dangerous. The Fed wants to keep the price of money at essentially zero – in other words “free” – to boost the economy. But the boost they are attempting won’t get here for another three years. That’s not a recovery. And we’ve already tried this tactic. That’s how we got into this mess in the first place: with interest rates artificially low for a very long time.

Free money doesn’t stimulate growth, as Japan’s two lost decades clearly show. Artificially low interest rates only serve to punish saving, distort market signals, and cause further malinvestment. They also do nothing to address the only real solution to our economic woes: liquidation of the bad debt that hangs around the neck of the world’s economy, preventing recovery. Artificially low interest rates merely ensure that we remain a debt-financed consumer economy guaranteed to end up with a weaker economy and higher prices.

What baffles me even more is that two decades after the collapse of Soviet planning and decades more since the U.S. and economists purportedly rejected the idea of price setting, we find nothing wrong with the Fed setting the price of money. We all agree it is a bad idea to have a board saying the price of wheat should be $250 a ton today, or carpenters wages should be $25 an hour until the end of 2014. But we are perfectly comfortable with having a board set the price of one half of every transaction in our economy. And our markets are supposedly free.