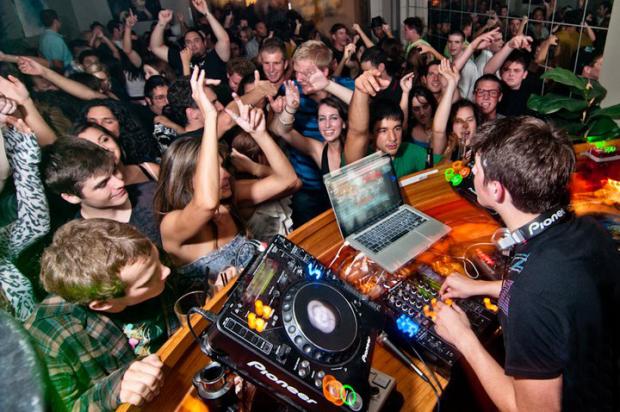 It's fair to say that most political nerds don't know what dubstep is. But last month libertarian sites like The Daily Paul and Lew Rockwell got geeked up about Porter Robinson's track "The State."

The ominous dubstep number uses samples taken from economist Murray Rothbard's seminal For a New Liberty: The Libertarian Manifesto. "How f'n awesome is that!?" wrote someone on The Daily Paul, which is, you guessed it, inspired by everyone's favorite gadfly presidential candidate Ron Paul. "...This is just further proof that the concept of liberty is being spread and becoming engrained in our culture, most obviously in younger generations."

In any case, Robinson is a 19-year-old whose interest in electronic music was fueled by his pre-teen fascination with the video game Dance Dance Revolution. He says he's not active politically, but stands by the political opinions expressed in the song.

He's still quite green -- his first gig was last year -- but had great success with his 2010 single, "Say My Name." Then a high school senior in North Carolina, he began jetting across the country for weekend gigs and remixing tracks like Lady Gaga's "The Edge of Glory." Now, alongside contemporaries like Zedd and Skrillex -- who released his hit Spitfire EP on his label OWSLA -- he's become one of the hottest names in electronic dance music.

Ahead of his show this Saturday, December 3 at The Music Box (which is already sold out) we asked him about his journey toward becoming a libertarian icon.

How did "The State" come about?
That song is interesting to me because I just wanted to see if I could do something that would fit into the dubstep world. Then I stumbled across this sample [Murray Rothbard's For a New Liberty: The Libertarian Manifesto, read by author Jeff Riggenbach].

I always had a lot of anarchists friends and I listened to their posts and engaged in that conversation. I sort of identify with that politically. I thought that was a natural marriage -- very aggressive dubstep and that sort of rhetoric. I even chopped up the sample. I took the part that I thought was the most compelling. The most compelling anti-statist argument, I always found, is that taxation is armed robbery because -- I'm getting really into it now-- taxation is essentially armed robbery because every government action is backed by the threat of force.