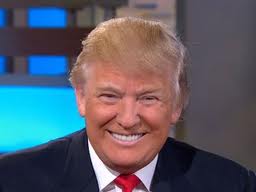 Word started leaking out in Las Vegas earlier that Donald Trump's "major announcement" is to back Newt Gingrich, and sources supporting the former House Speaker confirmed to POLITICO that was fhe case. The New York Times and the Associated Press, among others.

But by this morning, other sources said that Trump's endorsement may actually go to Mitt Romney, who Trump has been lobbied heavily to endorse for the last few weeks.

The announcement is expected to come at an 12:30 p.m. press conference tomorrow that The Donald is holding.

The move is a bit unexpected since Trump had talked even within the past few days about how he may be compelled to run a third-party campaign of his own if he didn't see a Republican candidate who he thought could beat President Barack Obama.

Gingrich is the longer-shot choice in a field in which Mitt Romney has re-established himself as the frontrunner after a commanding win in Florida. And Trump has always made clear he likes to be with a winner.

Trump was courted repeatedly by several of the GOP hopefuls. Gingrich, when he was soaring in his first rise before the Iowa caucuses, made a trek to Trump's Fifth Avenue office in Manhattan to ask for his support.