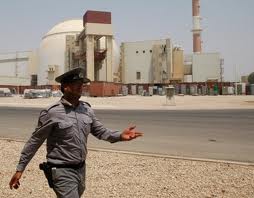 All of Iran's nuclear faculties are vulnerable to a military strike, Vice Prime Minister and Strategic Affairs Minister Moshe Ya’alon said on Thursday, calling the potential of a nuclear Iran a "nightmare to the free world."

At the closing day of the Herzliya Conference, Ya’alon referred to the many tools at the international community's disposal that could serve to slow down or stop Iran's advancement toward nuclear weapons capability: international pressure, economic sanctions, support of Iranian opposition, and military actions.

Speaking of the possibility of a military strike of Iran's nuclear facilities, the vice PM said that "the West has the ability to strike, but as long as Iran isn't convinced that there's a determination to follow through with it, they'll continue with their manipulations."

"The Iranians believe that a determination isn’t still there, both in regards to military action and in regards to sanctions," Ya'alon said, adding that "any facility protected by humans can be infiltrated by humans. It's possible to strike all Iran's facilities, and I say that out of my experience as IDF chief of staff."