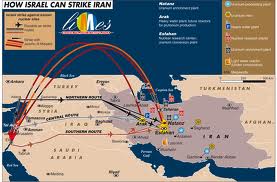 Defense Secretary Leon Panetta has a lot on his mind these days, from cutting the defense budget to managing the drawdown of U.S. forces in Afghanistan. But his biggest worry is the growing possibility that Israel will attack Iran over the next few months.

Panetta believes there is a strong likelihood that Israel will strike Iran in April, May or June — before Iran enters what Israelis described as a “zone of immunity” to commence building a nuclear bomb. Very soon, the Israelis fear, the Iranians will have stored enough enriched uranium in deep underground facilities to make a weapon — and only the United States could then stop them militarily.

Israeli Prime Minister Benjamin Netanyahu doesn’t want to leave the fate of Israel dependent on American action, which would be triggered by intelligence that Iran is building a bomb, which it hasn’t done yet.

Israeli Defense Minister Ehud Barak may have signaled the prospect of an Israeli attack soon when he asked last month to postpone a planned U.S.-Israel military exercise that would culminate in a live-fire phase in May. Barak apologized that Israel couldn’t devote the resources to the annual exercise this spring.

President Obama and Panetta are said to have cautioned the Israelis that the United States opposes an attack, believing that it would derail an increasingly successful international economic sanctions program and other non-military efforts to stop Iran from crossing the threshold. But the White House hasn’t yet decided precisely how the United States would respond if the Israelis do attack.

The Obama administration is conducting intense discussions about what an Israeli attack would mean for the United States: whether Iran would target U.S. ships in the region or try to close the Strait of Hormuz; and what effect the conflict and a likely spike in oil prices would have on the fragile global economy.

The administration appears to favor staying out of the conflict unless Iran hits U.S. assets, which would trigger a strong U.S. response.

This U.S. policy — signaling that Israel is acting on its own — might open a breach like the one in 1956, when President Dwight Eisenhower condemned an Israeli-European attack on the Suez Canal. Complicating matters is the 2012 presidential campaign, which has Republicans candidates clamoring for stronger U.S. support of Israel.