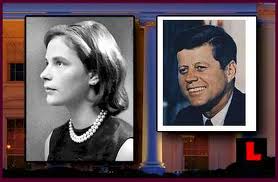 She always called him “Mr. President” — not Jack. He refused to kiss her on the lips when they made love. But Mimi Alford, a White House intern from New Jersey, was smitten nonetheless.

She was in the midst of an 18-month affair with the most powerful man in the world, sharing not only John F. Kennedy’s bed but also some of his darkest and most intimate moments.

In her explosive new tell-all, “Once Upon a Secret: My Affair with President John F. Kennedy and Its Aftermath,” Alford, now a 69-year-old grandmother and retired New York City church administrator, sets the record straight in searingly candid detail. The book, out Wednesday was bought by The Post at a Manhattan bookstore.

In the summer of 1962, Alford was a slender, golden-haired 19-year-old debutante whose finishing-school polish and blueblood connections had landed her a job in the White House press office.

Four days into her internship, she was invited by an aide to go for a midday swim in the White House pool, where the handsome, 45-year-old president swam daily to ease chronic back pain. JFK slid into the pool and floated up to her.

“And you’re in the press office this summer, right?”