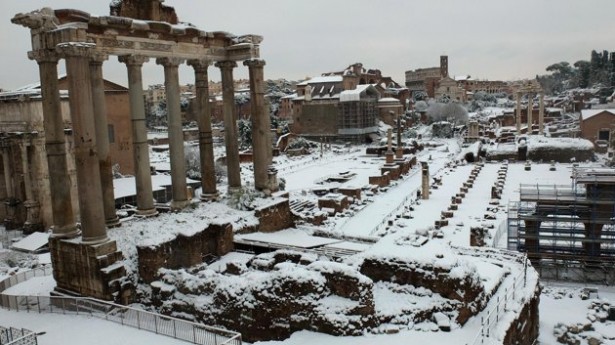 Hundreds of people were rescued Saturday after a ferry caught in a snow storm hit a breakwater off Italy, as a vicious cold snap that has claimed over 260 lives across Europe tightened its grip.

Ukraine has suffered the heaviest toll with 122 deaths, including many who froze to death in the streets, as temperatures plunged to as low as minus 38.1 degrees Celsius (minus 36.5 Fahrenheit).

In Italy, the ferry Sharden hit a breakwater shortly after setting off from the port of Civitavecchia near Rome, causing panic among the 262 passengers who feared a repeat of a cruise ship tragedy in the area last month that killed 32.

Coastguard spokesman Carnine Albano said the accident, which tore a 25-metre (80-foot) hole in the ship’s side above the waterline, happened after the vessel was buffeted by a violent snow storm from the north-east.