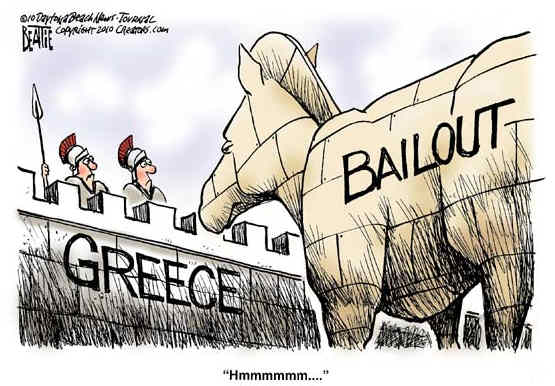 (Reuters) - Greece's coalition parties must tell the European Union by Monday whether they accept the painful terms of a new bailout deal as EU patience wears thin with political dithering in Athens over implementing reforms.

Technocrat Prime Minister Lucas Papademos put on a brave face on Sunday as he tried to get leaders of the three parties in his government to sign off on terms of a 130 billion euro rescue, which Greece needs soon to avoid a chaotic debt default.

Papademos said in a statement the party chiefs - who may face angry voters in parliamentary polls as soon as April - had agreed measures including wage cuts and other reforms as part of spending cuts worth 1.5 percent of gross domestic product.

But a spokesman for the PASOK socialist party said a number of major issues demanded by the "Troika", representing Greece's EU, European Central Bank and IMF lenders, remained unresolved late on Sunday.

Americans Who Can't Afford Homes Are Moving to Europe Instead

Something That We Have Been Waiting For Just Happened, And It Is A Really Bad Sign…

EU Economies are Down on Their Knees

"Parity Is Just A Matter Of Time Now":