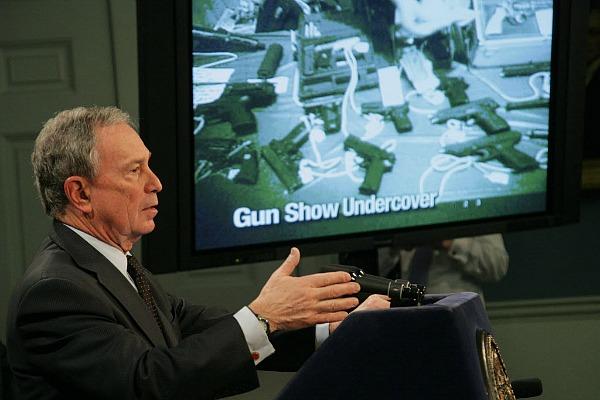 (Reuters) - Among the slick, million-dollar ads for the likes of Pepsi and Honda during the Super Bowl this Sunday, viewers in Washington will see a far more modest spot. New York Mayor Michael Bloomberg and Boston Mayor Thomas Menino will be sitting on a couch touting an issue most politicians avoid like the plague: gun control.
The two mayors, whose local teams face off in the big game, are making the pitch for Mayors Against Illegal Guns (MAIG), the organization they co-founded in 2006.

Murder has been on the decline in New York and other major American cities for years, but the mayors say they still see too many dead cops and teens. On Tuesday night, Bloomberg was at Bellevue Hospital in Manhattan visiting a New York police officer who had just been shot in the face in Brooklyn.

"We have someone who's dedicated his life to protecting all of us, who has had a much too close brush with death tonight because of what appears to be an illegal gun," Bloomberg told a news conference. He added that more Americans have been killed by illegal guns since 1968 than were killed in World War II.

I want to Know How Many GUNS this Maniacle Mayor Bloomberg has in His Possession !!!!!!!!!!!!

Selco: You Know the SHTF Has Started When People Begin To Lose Their Guns

With Deception and Misdirection, --

Your Gun Is None of the Government's Business

OPINION: It Is Time For Malls To Abandon 'No Firearms' Policies

"We Need to See Your Guns"

One Armed Citizen Did In Two Minutes What One Hundred Cops Couldn't Do In Over An Hour: