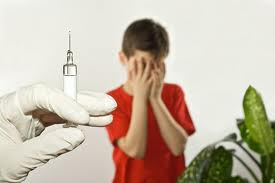 Every male between the ages of 11 and 21 should get a Gardasil vaccine for cervical cancer, and those between the ages of 13 and 21 should also get “catch-up” shots later down the road. This is only the opinion of the U.S. Centers for Disease Control and Prevention’s (CDC) Advisory Committee on Immunization Practices (ACIP), of course, which recently announced its final recommendations for the controversial vaccine.

CBS News reports that, as a followup to its earlier, but incomplete, recommendation back in the fall that boys be given HPV (human papillomavirus) vaccines in addition to girls, the CDC has now formalized its position in the journal Annals of Internal Medicine, as well as in the Morbidity and Mortality Weekly Report. The agency is basically now recommending that all young men and women get the Gardasil vaccine.

The CDC announcement comes just days after Canadian health officials made a similar announcement recommending that all boys between the ages of nine and 26 in that country be jabbed with Gardasil. Together, the two announcements could potentially double profits for the vaccine, that is if enough members of the public are foolish enough to actually comply with these new recommendations.

Many of ACIP’s members are nominated directly by the drug industry, and often have significant financial ties to vaccine manufacturers. So it is really no surprise that ACIP has made such egregious recommendations without considering the fact that Gardasil has been shown to be medically useless for its stated purpose, and a significant threat to health in many cases.