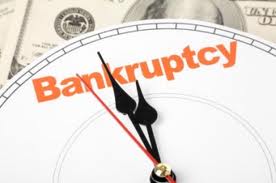 Untenable pension promises made by corrupt politicians to corrupt unions in an unholy alliance is about to sink another city.

Rhode Island's capital city will be in bankruptcy by June if it doesn't get help resolving its financial crisis.

That was the dire warning from Providence Mayor Angel Taveras during a Thursday morning news conference at City Hall. With five months left before the end of the fiscal year and the capital set to run out of cash by the start of summer, the city still faces a $22.5 million deficit in its budget for the current fiscal year, which ends June 30.

The budget shortfall was projected at $110 million last March, when Taveras declared a "category five" financial emergency in Providence. It was reduced after he negotiated new contracts with unions, laid off workers, cut spending and won increased state aid...

Taveras said the city's retirees must accept reduced pension and health care benefits to save the city from financial ruin. A decree signed in 1991 by Mayor Buddy Cianci pushed the city's pension liability "into the stratosphere" by giving annual cost-of-living increases of 5% and 6% to more than 600 retirees, he said.