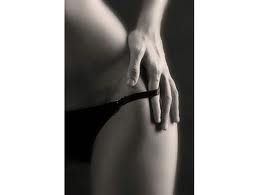 Having lost her job, mother Scarlett O’Kelly – not her real name – spent a year working as an escort in Ireland to pay her bills. After writing a new book about those 12 months, she told TheJournal.ie about her experiences.

IT WAS FOR financial reasons. I’d lost my job, and I’m separated and my husband’s hours were slashed as well so he couldn’t contribute. This is a very expensive country to break up in. And it was a case of nothing coming in, bills mounting up, and three kids to feed and raise. Initially I said I’d do it just as a once-off.

It wasn’t a decision I made with a click of my fingers. It was something I’d thought about. It was actually something I’d discussed with a friend jokingly – you know, ‘I’m so desperate I’ll need to sell my body, ha ha.’ And then I suppose because I wasn’t working I had loads of time to look up things, and out of curiosity I started looking into it.

I was looking things up online, and I was looking at what was available, and the normal rate, and what was expected on the client’s side and all this sort of information. And I thought I wonder could I do that. It’d be easy enough to manage around school times, and any of the guys online sounded normal enough. So I kind of just arranged my first appointment. That was probably my worst in terms of nerves. But it was just ordinary, boring – nice enough guy, not scary or freaky or anything. And I just kind of thought, well, I’ve done it once now.

And I think the kids were asking for something – I think the boys were asking about getting football boots or something, and I was saying we’ll have to leave that for now. Because I was just saying no to everything at that stage. But then I just thought, I’m going to do this again, because really saying no to everything is just horrible. And it’s not fair on children nowadays. They didn’t ask to wreck the economy, and to grow up without basic things. I thought, this is your childhood, this is my life, we’ve been scrimping for some time and there’s no sign of a change.