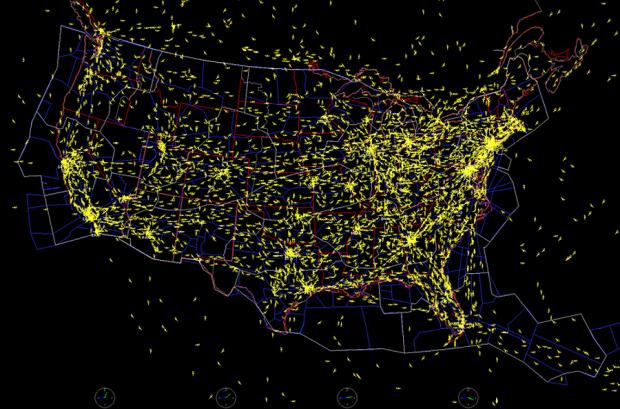 The past decade has seen unprecedented growth in the number of U.S. drones flying the skies over Iraq and Afghanistan. With unfettered access to the air space and rapidly advancing technology, the American UAV fleet has swelled beyond what was imagined before the wars.

Now, with ground operations concluded in Iraq and scheduled to end in Afghanistan by 2014, those new drones will be coming home and their pilots will need a place to fly them and train.

Dave Majumdar at The Air Force Times reports that the hundreds of Predator-class drones and high-altitude Global Hawk UAVs may be coming back to ply U.S. air space. Steve Pennington, the Air Force’s director of ranges, bases and airspace, and executive director of the Defense Department’s FAA policy board told Majumdar that it's all but a done deal.

"We’re going to bring aircraft back from Iraq and Afghanistan, and we’re going to train in the [continental U.S.],” he said. “So the challenge is how to fly in nonsegregated airspace.”

While the Air Force and the FAA agree that fights between 18,000 feet and 60,000 feet are not a problem, all the flying up there is done by instruments anyway, lower flight paths will be an issue. At 18,000 feet and below planes are guided by their pilot's vision and adding the necessary sensors to drones won't be possible for another full generation.

Until then, the FAA and the military are trying to come to an arrangement, and once they do it may become a common sight to see Predators and Global Hawks filling the skies of the U.S.