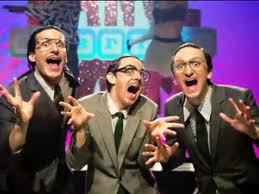 After that strong jobs report on Friday, radio host Rush Limbaugh blasted the "corrupt" data, which he claimed were a total lie.

The jobless rate reported today is “corrupt as it can be” because President Barack Obama’s administration has decreased the size of the workforce, Rush Limbaugh said on his radio show.

According to the Department of Labor, employers added almost a quarter of a million jobs in January. According to Limbaugh, it eliminated 2 ½ million positions.

“The number of jobs not available to be filled exploded by an unprecedented, record number of 1.2 million,” he said. “That’s not a typo. That’s part of this 2 ½ million fewer jobs. It is corrupt as it can be.”

If the Department of Labor numbers were a lie, then a lot of other organizations have to be lying as well, since so much data is confirming the strong jobs news.

In other words, you'd need to have a conspiracy of epic proportions.

Well to start, the BLS needs to be in a conspiracy with the private payrolls company ADP, because ADP comes out with its own data, and it pretty much lines up perfectly with BLS.