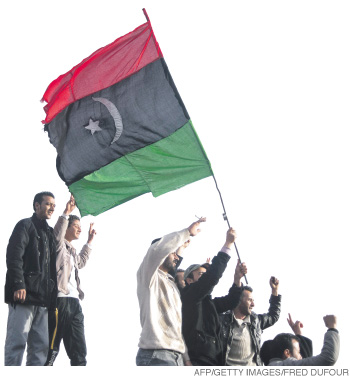 February 3, 2012 -- Viewpoint -- Saudi Arabia, along with other Gulf states, have been key protagonists in the counter-revolutionary wave unleashed against the Arab uprisings. Indeed, 2011 has clearly demonstrated that imperialism in the region is articulated with – and largely works through – the Gulf Arab states. "Overall, it is important for the left to support the ongoing struggles in the revolutions as the contradictions of the new regimes continue to sharpen", says Adam Hanieh.

Adam Hanieh is a lecturer in development studies at the School of Oriental and African Studies (SOAS), University of London. He is author of Capitalism and Class in the Gulf Arab States (Palgrave-Macmillan 2011) and a member of the Editorial Board of the journal Historical Materialism.

Farooq Sulehria: The outcome of elections in Tunisia and Egypt went in favour of Islamist parties, even though the revolutions in these countries had a secular character. Islamists are also an integral part, if not the dominant force, in the revolutions in Syria, Libya, Yemen and Bahrain. Is the Arab Spring in fact a victory for the Islamist movements?

Adam Hanieh: No, I think this is the wrong way to read the Arab Spring. It is true of course that the Islamist parties were the major victors in the Egyptian and Tunisian elections and have been prominent actors in the other uprisings across the region. But we need to take a more circumspect view of the Islamist movements and the difficulties they will likely face in the coming period.

First, we should remember that the initial phases of the revolutions (certainly in Egypt and Tunisia) arose largely outside the orbit of established movements such as the Muslim Brotherhood. In general, the Islamist movements have played – and continue to play – a conservative role. During the protests in Egypt in December 2011, for example, the Muslim Brotherhood took a clear stance against the popular forces. Likewise with the important Egyptian strike wave in September.

These examples (and many others) indicate that while Islamist parties may have received significant electoral support, their relationship with the popular movement is fraught with tension and has the potential to quickly shift. This has also generated schisms and debates within the Muslim Brotherhood itself.

The election results in Tunisia and Egypt are not particularly surprising. In Egypt, the strong showing of the Muslim Brotherhood is partially indicative of its deeper implantation throughout the society and greater access to resources. Under Mubarak, the Muslim Brotherhood was, in effect, a semi-legal opposition and it has a long history of organising across the country. Many other parties (including some of the parties of the left) have only recently formed or begun organising openly, and it is impossible to expect them to have the reach of the Muslim Brotherhood at this stage.