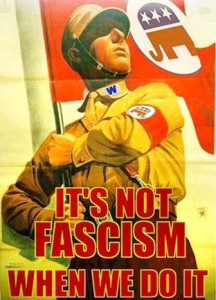 The bedrock of the American republic is fracturing. The Constitution is being eviscerated by government leaders and their corporate allies. The system of checks and balances embodied in that document, the mechanism which prevents the United States from sliding into tyranny, is eroding. The walls separating the three branches of government, as well as those separating the government from corporations and the military, have collapsed. With the rise of the national security state, this process has accelerated. Now, thanks to a collusion between domestic police forces and the military, we are being subjected to an onslaught of military drills carried out in major American cities, SWAT team raids on unsuspecting homeowners, Black Hawk helicopters patrolling American skies, and endless foreign wars that drain our national coffers.

Throughout 2011 and into 2012, the cities of Boston, Miami, Little Rock, and Los Angeles have all served as staging grounds for military training exercises involving Black Hawk helicopters and uniformed soldiers. The military training exercises have occurred in the middle of the night, with the full cooperation of the local police forces and generally without forewarning the public. They involve helicopters buzzing buildings and performing landing and take off maneuvers. Justified on the grounds that they prepare troops for urban warfare situations and future deployments, these training exercises also condition Americans to an environment in which the buzz of Black Hawk helicopters and the sight of armed forces rappelling onto buildings is commonplace.

Making good on the Obama administration’s promise to expand national security sweeps beyond airports and train stations, federal agents with the Department of Homeland Security’s (DHS) Operation Shield, a program which seeks to check up on security protocols around the country with unannounced visits, recently conducted a surprise security exercise at the Social Security Administration building in Leesburg, Fla. People who went to pick up their checks at the SSA office in January 2012 were subjected to random ID checks by federal agents armed with semi-automatic weapons.