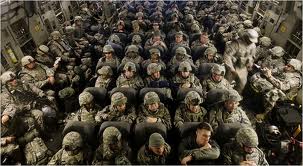 A top Iranian military official is activily aiding the regime of Syrian President Bashar Assad in suppressing popular unrest throughout the country, a top member of the National Syrian Council said on Monday.

According to the Syrian official, Kassam Salimani, commander of the Quds Force, the Iranian Revolutionary Guard special forces unit, has arrived in Syria recently and has taken up a spot in the war room which manages army maneuvers against opposition forces.

The war room is also reportedly populated by Assad himself, as well as his brother Maher, brother-in-law Assaf Shaukat and cousin Rami Makhlouf, with the Syrian chief of staff’s authority reportedly restricted and divided up between other military commanders.