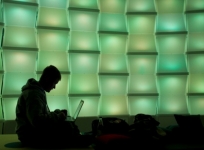 The Russian youth group Nashi has paid hundreds of thousands of pounds to a vast network of bloggers, journalists and internet trolls to create flattering coverage of Vladimir Putin and discredit his political rivals, according to a haul of thousands of emails allegedly sent to and from the group that have been released by Russian hackers.

The mass of data appears to show evidence of the sinister tactics used by Nashi, and includes:

• Price lists for pro-Putin bloggers and commenters which indicate that some are paid as much as 600,000 roubles (£12,694) for leaving hundreds of comments on negative stories about Putin.

• Ideas for smear campaigns against what one activist calls the "fascist" Russian opposition leader, Alexey Navalny, such as a cartoon video likening him to Hitler and a suggestion someone dress up like the blogger to beg for alms in front of the US embassy.