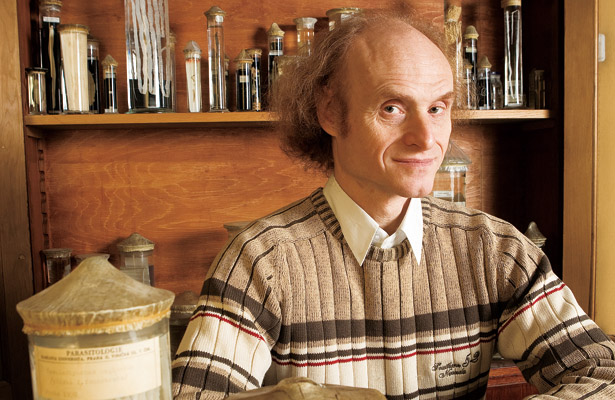 No one would accuse Jaroslav Flegr of being a conformist. A self-described “sloppy dresser,” the 63-year-old Czech scientist has the contemplative air of someone habitually lost in thought, and his still-youthful, square-jawed face is framed by frizzy red hair that encircles his head like a ring of fire.

Certainly Flegr’s thinking is jarringly unconventional. Starting in the early 1990s, he began to suspect that a single-celled parasite in the protozoan family was subtly manipulating his personality, causing him to behave in strange, often self-destructive ways. And if it was messing with his mind, he reasoned, it was probably doing the same to others.

The parasite, which is excreted by cats in their feces, is called Toxoplasma gondii (T. gondii or Toxo for short) and is the microbe that causes toxoplasmosis—the reason pregnant women are told to avoid cats’ litter boxes. Since the 1920s, doctors have recognized that a woman who becomes infected during pregnancy can transmit the disease to the fetus, in some cases resulting in severe brain damage or death. T. gondii is also a major threat to people with weakened immunity: in the early days of the AIDS epidemic, before good antiretroviral drugs were developed, it was to blame for the dementia that afflicted many patients at the disease’s end stage. Healthy children and adults, however, usually experience nothing worse than brief flu-like symptoms before quickly fighting off the protozoan, which thereafter lies dormant inside brain cells—or at least that’s the standard medical wisdom.