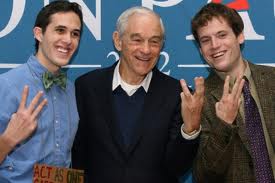 The Screwed Generation: Libertarian, NOT Liberal

There is an old adage that says, “If you’re young and conservative you have no heart, if you’re old and liberal you have no brain.” The idea is that young people tend to make decisions more on idealistic views or out of passionate attempts at charity and altruism. While there is some truth to that for Generation Y (meaning people born in the ’80s and ’90s), the results are manifesting themselves in a totally different way.

We are the generation that continues to pay into Social Security with every paycheck but suspects we may never see the benefits of it. We are the recipients of degrees that don’t mean much from educational institutions that teach less and cost more. We are the casualties of wars that have gone on for over half of the lifetime of 2012′s first-time voters. In short, we are the screwed generation. The decisions of those before us has left us with an uncertain future and little opportunity to fix things through traditional means.

The ever-present skepticism of youth is even greater within the collective consciousness of Generation Y. And how could it not be? With our first real chance to make a splash in the world, we got behind Barack Obama in overwhelming numbers. He was a candidate who promised progress in every issue that the under-30 crowd found to be important: end the wars, defend gay rights and provide universal healthcare to the American people. While he’s made some steps forward, it’s been slow moving. Meanwhile, the House and Senate have deliberated on bills that would censor our voices on the Internet, a medium on which my generation relies heavily for communication and pretty much everything else.